Large infrastructure and MarTech mega vendors - IBM, Oracle, Adobe, Salesforce, and SAP - have been slow to join the CDP bandwagon. Salesforce executives have in fact famously dismissed this technology in the past as a passing fad. But all of them have now raised their stakes in this marketplace.

RSG receives many subscriber inquiries about what to expect from these major players, so here's a short summary:

The CDP marketplace is vibrant and continuously evolving. We already cover close to 30 vendors, with more getting added regularly. So you have many choices.

While you should carefully evaluate vendor offerings, ideally using business use-case scenarios, in general, if you are already invested in these mega-software vendors -- such as their marketing cloud or other adjacent offerings -- then it could be worth checking out their CDP offerings, with the proviso that they will be very new, and may not play well with other vendors' toolsets.

On the other hand, if you have a more heterogeneous stack consisting of different products from different vendors, or you value a cleaner separation of concerns in your architecture, you should consider an independent CDP for your customer data management layer.

We'll be adding the major vendors to RSG's CDP evaluations when those solutions are actually real in the marketplace... 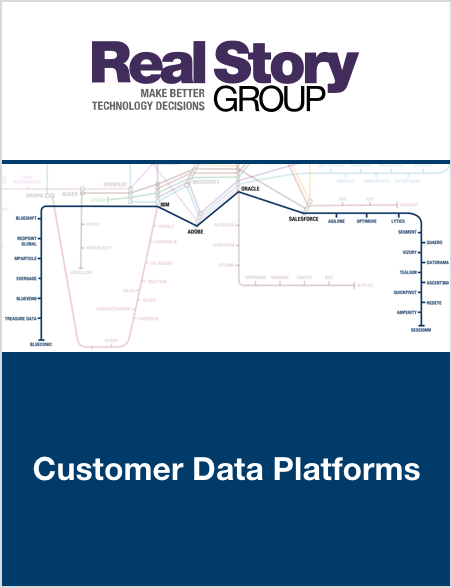 After going fully remote for the past two years, RSG's MarTech Stack Leadership Council will be meeting in-person, September 20-22 in St. Louis, Missouri.

Get a sample CDP vendor evaluation.