OpenText has just completed their acquisition of Dell EMC’s Enterprise Content Division after initially announcing the takeover in September, 2016 (read more in this blog post). The vendor now sells two significant ECM offerings: OpenText Content Suite and Documentum. Since these platforms have several overlapping capabilities and occasionally compete for similar deals, some customers have asked us if OpenText will keep supporting them both going forward.

What the past teaches us

Now, over the years, OpenText has made several acquisitions. Key acquisitions include Interwoven TeamSite and other Autonomy products from HP, EasyLink, Vignette, Gauss, Artesia, IXOS, Global 360, Metastorm, Hummingbird, and GSX, among others. In fact, we’ve called OpenText a serial acquirer, with focus on financial engineering.

Of course, OpenText disagrees with this assessment and says it: “has a strong R&D and Engineering mind-set that develops new technologies and works to ensure integration with acquired (and third-party) technology.” .

While some of these acquisitions were excellent standalone products, most of them — like EMC and Documentum — had also made acquisitions of their own. Several years into this journey, OpenText has not fully integrated them, or finished sorting out how to deal with substantial product overlaps. The company appears quite happy with this cornucopia.

Realistically, it will take OpenText some time to integrate the Documentum toolset — but if history is any judge they will mostly continue to run their various ECM offerings as standalone entities, each with distinct customer bases, while continuing to generate maintenance income. To be fair, OpenText has supported acquired products for a long time, but not all of them go on to see similar levels of innovation.

In case of ECM, OpenText released a major upgrade to Content Suite (Content Suite 16) last year and it would be interesting to see if they would be able to put in same kind of resources into Documentum’s development, especially, given that group CEO Rohit Ghai and CTO Jeroen van Rotterdam have left (likely along with several others).

In summary, yes, OpenText will probably keep on supporting multiple products. But on the question of the Documentum platform enjoying the fruits of true innovation, you should remain skeptical. So if you are evaluating any of OpenText’s products (including Documentum), make sure you get clarity on roadmaps for near future.

Fortunately, you have several good options in the ECM marketplace. These include more modern, relatively less complex and agile products, as well as cloud-based services. We cover the major players in RSG's ECM evaluations and I’ll be talking more about them in these webinars. As a subscriber, you can also compare different ECM offerings head-to-head using one of RSG's decision-support tools. 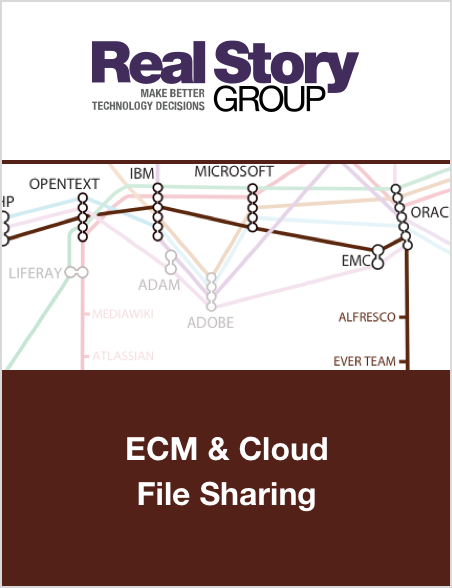