News broke two weeks ago that OpenText would acquire several HP-Autonomy-Interwoven products, including MediaBin, one of the granddaddy products of DAM.

Originally a tool that supported simple brand management and photo library scenarios, over the years MediaBin got mashed up with Virage, a high-end video management tool, and IDOL, the former Autonomy’s impenetrable and expensive search technology. This bundling made for a complicated mishmash that very few DAM buyers wanted to keep or invest in, and MediaBin licensees from among RSG's subscriber base frequently called us requesting counsel through a vendor divorce.

What fate will MediaBin suffer under the ownership of OpenText? I can’t help but agree with my colleague Tony: a slow but inevitable death. The reasons for this go beyond the migration of many customers off MediaBin in last several years.

First, there's overlap.  In OpenText Media Manager, the new owner already markets a solid (albeit extremely heavyweight) enterprise-grade DAM system with video management capabilities — a fit for the same use case scenarios as MediaBin. The OTMM product development team has steadily improved the product over the last 18 months, and is rather feverishly trying to redeem themselves from a track record of poor customer service (a deficiency customers of both companies have long lamented).

The fate of MediaBin is further sealed by the departure of former HP VP Tracy Askam, who shepherded the product for more than a decade. Askam’s sales savvy and relationship-building skills were what kept some customers with MediaBin, more so than the product itself. She’s now with DAM vendor MediaBeacon, a company reinventing itself under the leadership of Danaher and Esko (more on that in a later post).

If you’re still a MediaBin customer, there's definitely cause for concern. Since the acquisition news broke, I’ve gotten several calls and emails asking the inevitable: should we expect pressure to migrate to OTMM? Should we consider alternatives? Yes and yes.

Let us know if you need a review of what product is the best fit for you in 2016 and beyond. 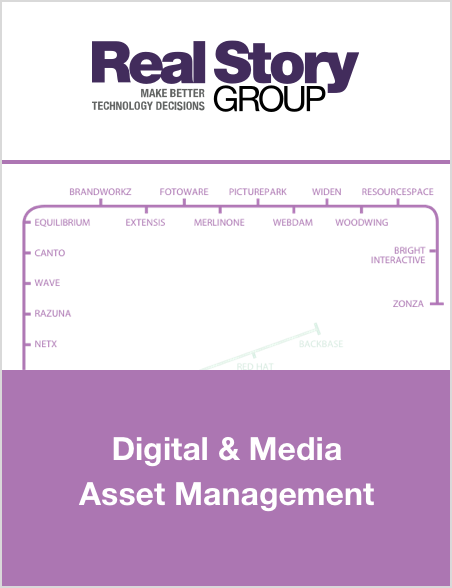 Recently, I've seen some buzz over which DAM systems represent “leaders” of the industry. Note, this is mostly coming from vendors who somehow found themselves labeled “leaders."

What to Make of Acquia Buying DAM Vendor Widen

It's not a surprising move, but I think for Widen licensees, not a very welcome one.

Recorded Webinar: Do You Have the Right Vendor to Get You to DAM 3.0?

Learn how to choose a vendor who can help, not hinder you to get where you need to be today and where you want to go on your journey.