Last time I reviewed how to create a Request for Proposal (RFP), or what some people call a "tender." In this segment I'm going to talk about issuing your RFP. Delivering the RFP to bidders seems very straightforward, but actually there's some things that you can do here that will influence response rates.

Give Your Shortlist of Vendors a Heads Up

Give bidders a heads up, and find out who the relevant reps are in advance, if only to get the NDA process in motion. Let them know the RFP is coming and provide a sense of schedule and dates. This helps everyone in terms of preparation and helps them understand the seriousness with which you're taking this.

Certain public procurements require you to put an open call to anyone and everyone, but let's assume you've followed our advice and built a shortlist. (Plug: if you subscribe to RSG research, you can employ our tools to create the right shortlist.)

Direct Vendor Questions to the RFP

Vendors may want to meet you, ask some questions, find out a little bit more. If you have time to do this, there's no great harm, though we tend to counsel against it, since vendors will try to pry for details that aren't in the RFP and you begin to create a precedent that they can "work around" your process to get the inside scoop. Just tell them "it's all in the RFP" and that they'll be able to ask questions later.

Be Accountable on Timing

Deliver the RFP when you said you would. If for some reason it's going to be delayed, then give them a heads up. This kind of communication is going to help get the best out of your vendor, and that's really what this is about. Remember that tech vendors, particularly the best ones, are busy too. When the relationship has respect and courtesy, you'll get the best results from the process.

Contact us to find out how RSG's hard-hitting research and advisory/consulting services can help you make the right choices going forward.

The next part of our selection series covers how to construct meaningful bidder questions. Stay tuned...

Other Posts in the RSVP Selection Series

Try Before You Buy:

Sometimes a team can’t reach consensus... Some helpful tips to get back on track.

Customers expect you to engage coherently and consistently with you regardless of channel and continue doing so when new channels emerge. How to get there?

The Real Story on SugarCRM

It becomes as less suitable platform, at least on its own, if you need advanced capabilities in specific areas

RFIs can help you significantly clarify your needs and opportunities...

The key message here is that you want to start your negotiations early... 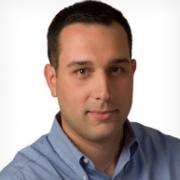 Get a sample CRM vendor evaluation.