These two Nordic-born (but now global) Web Content & Experience Management (WCM) vendors frequently get mentioned in the same breath, though under the covers, they are actually quite different. I sometimes refer to Episerver in shorthand as "a poor man's Sitecore," but as you'll see below, that's a real over-simplification.  Having just updated our evaluations of both vendors, it seems like a good time to contrast them.

How Sitecore and Episerver Are Similar

It's no accident that the two vendors get frequently compared: At RSG, we think Episerver and Sitecore are more different than alike. If you're an RSG subscriber, you can try our RealTime Vendor Comparison tool to see all the key differences, but here's a handful you might find interesting in the meantime:

Note that I'm not saying that one is inherently better than the other because of these differences. I just want you to understand the full import of the choices you make. In fact, that's why RSG exists.

So if you haven't checked out our hard-hitting Web CMS platform evaluations, try out this sample excerpt and let us know what you think. 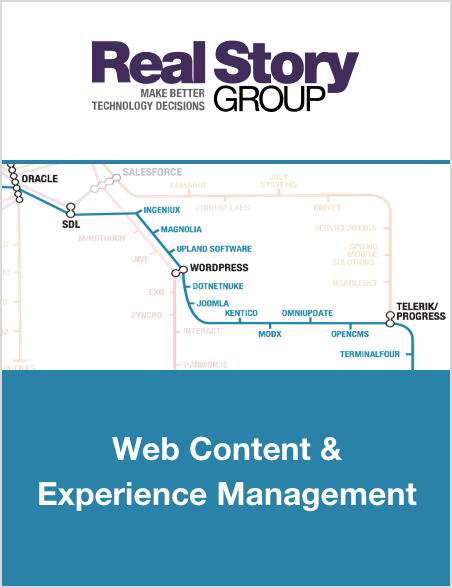